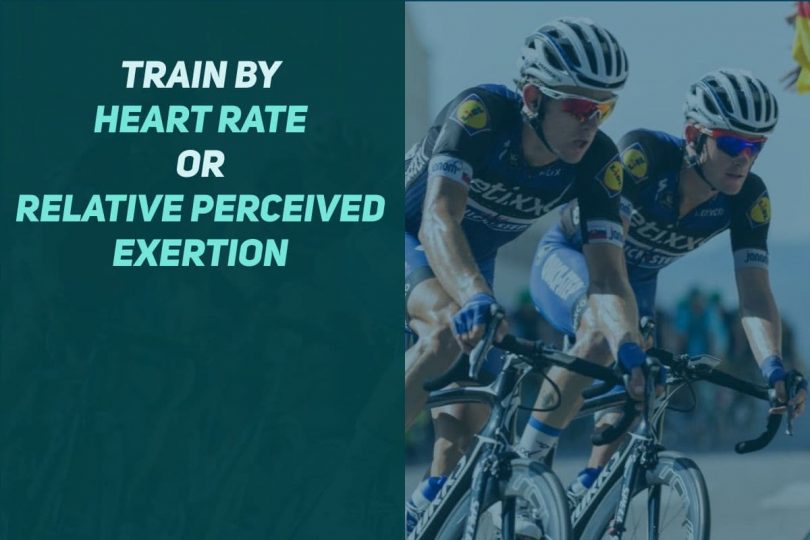 Lately I’ve had discussions with athletes about whether to train by the numbers or by feel. Is it better to define training efforts with scientific methods like specific heart rate ranges, or to go by RPE (relative perceived exertion)? Both have merit.

Near the end of a discussion with a potential client the subject of recording workouts came up. He asked what sort of documentation I require, and I said that’s up to the triathlete. I’m comfortable with whatever they have time to record as long as I get some kind of feedback. For some athletes this means downloading stats from their HRM (heart rate monitor), maybe even their HRM device or GPS watch, and sending it to me to analyze. For others it’s just sending me an occasional email with a report of how the workouts felt. Some athletes combine both in a log.

The potential client was not happy with my response, he said: “I need a coach who uses more scientific methods.” For this athlete the concept of how her workouts felt was irrelevant. Over her last two race seasons he had been doing everything right by the numbers, yet was not satisfied with her results. Hum…

I had a good conversation on this topic with an athlete during a ride last week. I was especially interested in this athlete’s perspective because he’s been an elite triathlete for 20 years, and I consider him the best ever at distances through Half IM. He described himself as “old school,” going by feel on any given training day. He said that if he feels good he pushes it, if not he takes it easy. I hope it was a ‘feel good’ day as he managed to drop me more than once on some inclines, not a good thing for an ex-bike racer (me).

If you began training for endurance sports before the appearance of heart rate monitors you know going by RPE works well if you stay tuned to your bodies’ feedback. Of course few athletes have the benefit of 20 years’ trial and error, so using a HRM and going by the numbers can expedite the learning process of what works and what doesn’t.

A good coach can explain the concepts and maintain an objective view of your training. Years of racing experience combined with an observant, analytical thought process gives a dependable perspective. Even a coach without a racing background will eventually figure-out what works (and what doesn’t) from athletes’ results.

When athletes ask me for pacing guidelines at their next event I recommend they go by both ‘numbers’ and feel. The two methods are complimentary. After using an HRM for many runs you should know what a certain percentage of max heart rate feels like. Watching the HRM on race day with a certain max or average in mind can keep you from over-doing it early, potentially running out of ‘gas’ later.